Luís Pedro Martins is the new President of ATP

The Electoral General Assembly of ATP, held at the auditorium of Biblioteca Municipal Almeida Garrett, for the election of the Governing Bodies for the triennium 2020-2022, dictated the choice of Luís Pedro Martins as President of the Board with 98% of the votes. List N was voted as a single list, in an election in which 67 members voted and there was only 1 blank vote.

The new Board of ATP, chaired by the regional entity of Turismo do Porto e Norte de Portugal, proposes to develop a coordinated strategy to promote the destination Porto and North of Portugal for the domestic and foreign markets. Ricardo Valente, representing the Municipality of Porto, and Nuno Botelho, as representative of Associação Comercial do Porto, are the vice-presidents of the project. Ricardo Rio, Mayor of Braga, Fernando Gaspar Vieira, representative of ANA Airports, Ana Pinho, Serralves Foundation and Joaquim Ribeiro, on behalf of Jase Empreendimentos Turísticos, are members of the board. Representatives from classes A, B, E and H, namely Mónica Gonçalves from Flitptrel Pilar - Holiday Inn, João Falcão from Vinitur - Turismo, Vinho e Gastronomia, Mariana Oliveira from A.N.E. Tours - Agência de Viagens e Turismo, and Rui Saraiva, from Roller Town - Transportes Turísticos Citadinos, complete the list of members of the board. The Board is complete with 4 deputies: the first deputy is Pedro Neves, representative of Santa Casa da Misericórdia do Porto and representative of Class I, the second deputy is Pedro Cardoso, representative of Class D and member of The House of Events - Agência de Viagens, Organização de Congressos e Eventos, Maria Ramos is the third deputy in representation of Sogevinus Fine Wine and representative of Class K, finally, Sónia Januário fills the place of fourth deputy in representation of Class F and B'Trust.

The representative of Casa da Música Foundation, Paulo Sarmento e Cunha, is the President of the Fiscal Council, Artur Junqueira, from José Silva Carvalho - Catering, is part of the team as Secretary and Tiago Gouveia, of PortoComercial - Sociedade de Comercialização, Licenciamento e Sponsorização, is a member of the board. The Fiscal Council is complete with Rosário Machado, from Associação de Municípios do Vale do Sousa, as deputy.

The new Board takes office on October 1st, but the basis for cooperation between ATP and TPNP came to fruition in June, with the launch of the campaign "O Norte Lá em Cima". 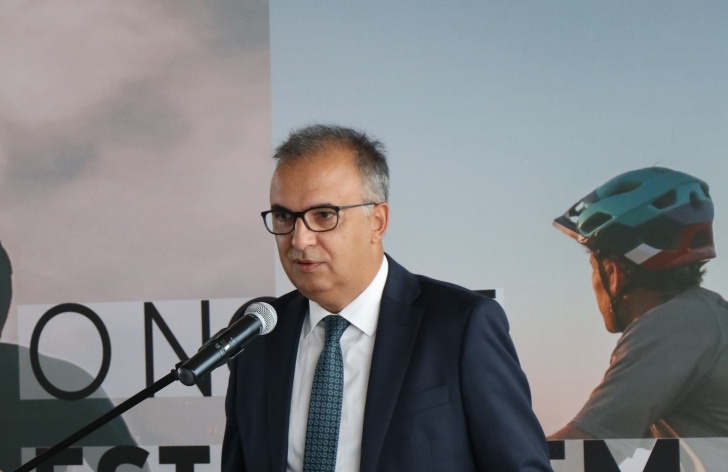 Should you have any questions or for any further information, please do not hesitate to contact us.